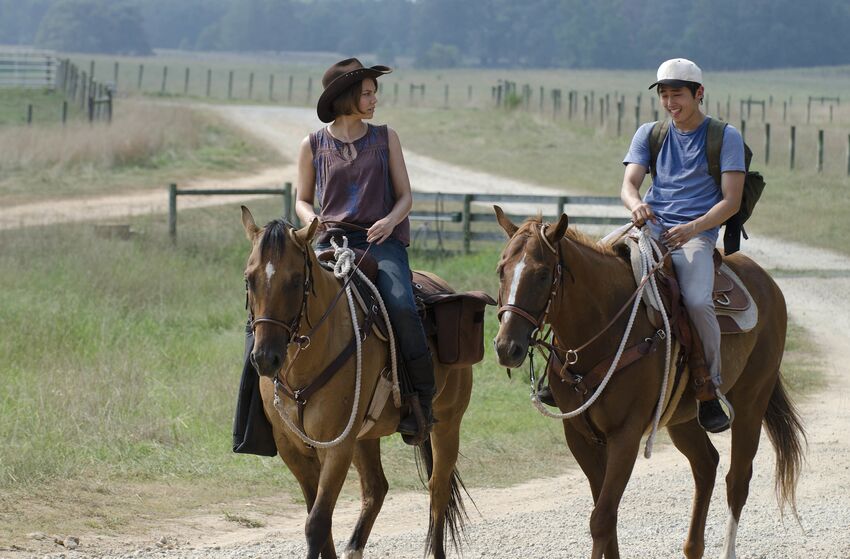 Season 2 episode 4 of The Walking Dead titled “Cherokee Rose” developed emotional connections between the survivors, but did everyone make it out alive?

Things are getting weird at the Greene family farm during episode 204 of The Walking Dead. The cows are acting strange, there is a funeral for Otis, and Carl is recovering from his surgery after being shot. All that was a lot, and adding in the fact that Sophia is still missing puts a lot on the survivors’ plates.

Of course, one of the most disturbing scenes from this episode was when Shane wore a pair of Otis’ overalls and recounted the events that led to Otis’ death. Of course, they were nothing like what actually happened when Shane sacrificed him in order to get away from the undead horde at the school.

The big question is whether or not any human beings died during the episode of The Walking Dead that initially aired on Sunday, Nov. 6, 2011. Here is who died:

Maggie finally had a bigger role on the show, working with the survivors to design a plan of attack to search for Sophia. Rick has to stay back after giving blood to Carl and Shane’s ankle needed some rest, but normally those two would be out hunting for Carol’s daughter.

“Cherokee Rose” also featured a memorable moment when Glenn was lowered into a well in an attempt to lasso a waterlogged walker to pull it out, endangering his life. Having the tension from the rope cut it in half, the walker’s guts spilled all over the ground and inside the well, contaminating the water inside.

Another big moment among fans was when Daryl gave Carol the Cherokee Rose he found in the woods inside a beer bottle vase. She takes good care of it in hopes of giving it to Sophia when she is found.

There were some great duos on display in this episode as well. Shane and Andrea’s interactions were interesting when discussing being able to turn off and on your emotions. Meanwhile, Glenn and Maggie’s trip to the pharmacy led to a sexual encounter that also saw Glenn pick up a pregnancy test for Lori.

Fans did get to see the results of that test, which showed a plus sign as the episode came to an end.

So, no human deaths in this episode of The Walking Dead, but the potential of a new baby on the way and the development of some characters and relationships made “Cherokee Rose” one of the most popular installments of the show’s history.